Giacomo Gotifredo Ferrari (Rovereto 1763 – London 1842) was an Italian composer and theoretician. He was the son of a wealthy cloth merchant of Rovereto who at first had destined him for carrying on the family business; but since a very early age he showed a great talent and facility for music. After his father’s death in 1784, Ferrari decided to pursue amusician’s career, and fromthat time onwards his life was spent travelling a great deal and staying in the major European courts. In this recording dedicated to the unusual harp and piano ensemble, Roberta Alessandrini and Corrado Ruzza reveal a musical cross-section typical of the aristocratic salons of the late classicism, characterized by a pleasant and elegant style. The pieces are also completed by other instruments such as the hunting horns and the tambourine, whose parts could be played by occasional guests who were added to the private performances of these compositions. 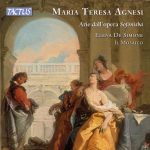 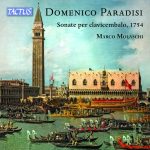