Frescobaldi’s book of Capricci from 1624 was intended as a continuation of his 1615 Book of Ricercari.
It was clearly conceived, however, for the keyboard, an idiom for which this work is a masterpiece, both in regard to contrapuntal technique and to the exceedingly refined art and skill of harpsichord and organ writing.
The interdependence of these two books is underlined by their publishing history already beginning with the second edition of the Capricci of 1626, and continuing for the later ones of 1628 and 1642.
The first editions of the Ricercari (1615 and 1618) included five canzonas, after which the planned “second book” in actuality took on such particular characteristics that Frescobaldi decided to give the work its own title, that of “Capricci”: “In these compositions entitled Capricci, I have not kept to as simple a style as in my Ricercari”. 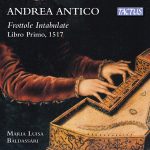 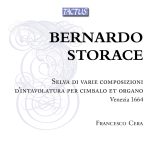