Compared with his vocal compositions of over a hundred melodramas, forty oratorios and more than seven hundred profane cantatas with basso continuo and instrumental obbligato, most of which are still to be rediscovered, the quantity of instrumental music composed by Alessandro Scarlatti would almost seem to be hardly worth mentioning.
Yet, even though this collection does not include the more well-known works the Palermitan composer is posthumously famous for, these compositions are immensely important, in that they allow us to immediately assess the style of Scarlatti, then nearing creative decline, which appears to be suspended between the glorious contrapuntal tradition and beautiful melodies that look decidedly towards the future. The twelve Sinfonie di Concerto Grosso are of particular significance in this context, according to the autograph in the British Museum in London, and were “cominciate il primo giugno” (started on the first of June) 1715.
It is not clear why the fifty-five year old Scarlatti decided to dedicate himself to a repertory that, up until then, he had practically ignored. Some say that his interest was stimulated by the necessity to increase his income with an instrumental collection that, when published, would have earned him money and fame, above all in England (this theory would also explain why the manuscript is in London). Other music scholars saw the extraordinary success of the Concerti Grossi Op. VI by Arcangelo Corelli (a very special edition of which was published after his death in 1714) as the reason for Alessandro Scarlatti’s wanting to “get closer” to the famous composer from Fusignano. 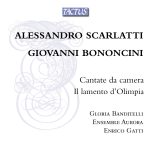 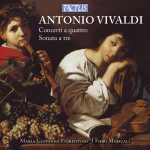