Already in the first decade of the eighteenth century, Vivaldi showed a fine sensibility for the various instrumental timbres and their wealth of combinations. He, more than any of his Italian contemporaries, left a great number of works composed for diverse and highly imaginative combinations of wind and string instruments (consider, for example, his Concerto RV 97 for viola d’amore, two oboes, two horns, bassoon and basso continuo). The source of this florid and multifarious inspiration can be nonetheless traced back not only to the composer’s own personal tastes, but especially to his good fortune to have worked for an institution such as the Pietà, which had at its disposal a unrivalled wealth of instrumental forces. The high technical level of playing among the girls at the ospedale provided him, moreover, with the opportunity to attempt exceedingly refined and daring works, such as the Sonata RV 86 for flute, bassoon and basso continuo, as well as a great part of the concerti for three, four and five soloists. The earliest known testimony to Vivaldi’s interest in multiple timbres dates back to his Sonata RV 779 for violin, oboe, organ and salmoè (a precursor of the clarinet), dating from 1707. This interest is a constant element throughout his entire production, and indeed the last datable works known to us are those Concerti per molti Istromenti (Concertos for many instruments) which the girls of the Pietà performed on 21 March 1740 before the electoral prince of Saxony, Friedrich Christian. 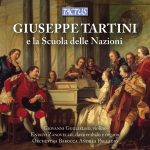 Giuseppe Tartini and the School of the NationsLate Baroque 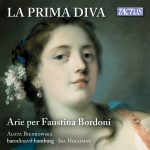