The second half of the eighteenth century witnessed the widespread popularity in Germanic and Hapsburg regions of a particular type of wind ensemble of varying forces known as Harmonie. Much musical entertainment from this period was destined for such an ensemble, as well as for mixed forces comprised of strings and winds. The repertoire of musical genres designed to entertain eighteenth-century society consisted of divertissements, cassations, serenades, and nocturnes, performed for the most part outdoors, as well as “dining music” played at important banquets, and Harmoniemusik heard at parties and ceremonies. Such music “for consumption” was greatly in vogue at the large courts, princely homes and aristocratic salons, alongside other musical performances of an implicitly higher status. The tradition of Harmoniemusik dates back to the beginning of the century, for already in 1705 a group of oboes and horns was employed at the Prussian court. The instrumental ensembles were most typically comprised of three or four pairs of winds, especially woodwinds, combined in various ways and reaching a total of ten or twelve instruments: pairs of oboes or clarinets (often both), a pair of bassoons, and pairs of horns and trumpets representing the brass family. Original pieces were performed together with transcriptions of celebrated works such as this adaptation by Wenzel Sedlak of Rossini’s Il Barbiere di Siviglia. 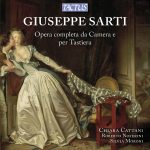 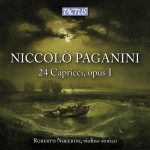