At the beginning of the seventeenth century, several collections of rather unusual madrigals appeared in the north-west of Italy. The definition of this new musical genre that is most comprehensible for us is the one that was given by one of its major authors, Aquilino Coppini: “Musica tolta da i madrigali e fatta spirituale” (“Music drawn from madrigals and rendered spiritual”). What actually happened was that a well-defined circle of men of letters and musicians ventured upon the feat of transforming some madrigals by replacing their original texts with lines of sacred verse in Latin. It was not a translation, as in some English versions of Italian madrigals, but an actual replacement of the text with another one based on a completely different subject-matter. So the authors’ main concern was to choose both among the works that were most famous and among those that were of greatest value. Besides Coppini, from Milan, who chiefly engaged in the conversion of the works of Claudio Monteverdi, other authors who embarked on this enterprise were the writer Girolamo Cavaglieri, the musician Simone Molinaro, from Genoa, and his colleague Orfeo Vecchi, from Milan. 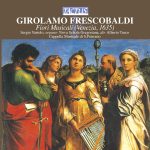 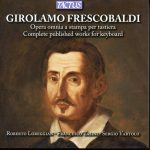