The recording of the third book of madrigals by Biagio Pesciolini, from Prato, is the outcome of a research on the figure of this composer that had begun in 2015. From this investigation, it emerged that no work of his has been published in modern notation until now. So the project started with a study on the sources and with the transcription of the third book of his madrigals, the only one that has been preserved in its entirety to this day. After a careful analysis of the work, it was possible to bring back to life this lost music, which turned out to be highly rich in nuances, contrasts and colours. So a missing piece of the musical history of the city of Prato and the Medici court of that time has finally been put back in its place. Elia Orlando conducts the Tuscæ Voces Ensemble, with the use of historical instruments. 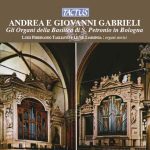 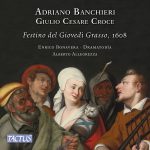