Giovanni Battista Fasolo most probably composed its Annuale (organ music for the whole liturgical year) simultaneously to the famous “Fiori Musicali” by Girolamo Frescobaldi; the Annual, however, was delivered to printing only ten years later, in 1645, possibly for editorial reasons because it was the same Venetian printer – Alessandro Vincenti – specialized in keyboard music, to publish both collections.
The goal pursued by Fasolo with his Annuale was to provide «tutto quello, che deve far un Organista, per risponder al Choro tutto l’Anno» (everything that an organist has to do, responding to the Choir throughout the year).
More than an artistic stand-alone product, the collection was an example of the repertoire suitable to the liturgical service of the time: a compilation of models and forms, styles and modes of composition that had to be learned for finally being reused in the daily practice. Unlike Frescobaldi, Fasolo does not provide any toccata intro: a genre completely absent in the Annuale.
On this album organist Luca Scandali is performing three complete masses at the historic Luca di Bernardino da Cortona (1547) organ accompanied in alternatim by the ensemble Bella Gerit. 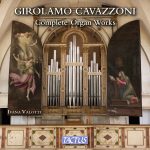 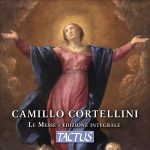 The Masses · Complete EditionHumanism and Renaissance