Giovanni Antonio Piani was a son of the Bolognese musician Pietro Giacomo Piani, who played the trumpet in the Neapolitan court. He was born in 1678 in Naples, where he studied the violin at the Conservatory under the guidance of Giovan Carlo Cailò and Nicola Vinciprova. He became a skilful violinist and had a brilliant career, which led him first to Paris, then, from 1721 to at least 1757, to the imperial court of Vienna, where he was the best-paid performer with orchestraconducting functions from 1741 onwards. The nineteenth-century musicologist Fétis wrote in his “Dizionario dei musicisti” that in Venice Piani was sentenced to the amputation of a hand for having forged several signatures; but this story is not true.We do not know the date of his death, which probably took place in Vienna after 1759. The only musical work by Piani that is known to us and was published in Paris in 1712 is the collection entitled in Italian “Sonate / a Violino solo e Violoncello col Cimbalo […] Opera Prima”.
Poised between the Italian and French styles, the Piani sonatas are accompanied by various graphic marks on the score that the composer is using for suggesting dynamic expressions or articulations as explained within the \”Avvertimenti\” (Warnings) addressed to the performer, and to which the Ensemble «Labirinto Armonico», led by Pierluigi Mencattini, pays the correct attention for obtaining an interpretation that fully respects the intentions of the author. 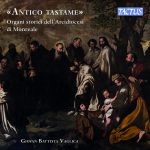 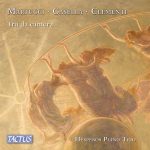