Already in the first decade of the eighteenth century, Vivaldi showed a fine sensibility for the various instrumental timbres and their wealth of combinations.
He, more than any of his Italian contemporaries, left a great number of works composed for diverse and highly imaginative combinations of wind and string instruments.
This interest is a constant element throughout his entire production, and indeed the last datable works known to us are those Concerti per molti Istromenti (Concertos for many instruments).
Some of these large-scale works are re-elaborations of earlier concertos for four or five instruments, a fact which testifies to the composer”s indebtedness to multi-instrumental chamber music.
In any case, Vivaldi never added wind instruments merely to double or add color to the strings, nor to create a variation on the concerto grosso (as did his contemporaries Scarlatti, Veracini and Barsanti).
His expansion of forces instead signified an augmentation of the entire structure in all directions, thanks to the wide variety of instrumental groupings employed,´the exploitation of new combinations of timbres, and the highlighting of the idiomatic individuality of each of the solo instruments. 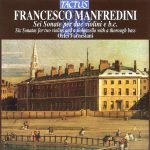 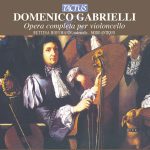