Pietro Antonio Locatelli’s arrival on the musical scene of the first half of the eighteenth century was like a bolt from the blue.
He wrote and performed things which had never been heard before on a violin; he was able to play in such acute regions “that a canary lost its balance and fell off its perch” according to an anecdote of the times.
His contemporaries had nicknamed him “Earthquake”, and he possessed great performing power and charisma.
Reliable sources inform us that he used to wear a heavy, dark blue housecoat with a sword at his side for his performances, and that his concerts lasted three hours with no interval.
His ability as a composer enabled him, moreover, to give a polished form to virtuosity, as yet uncommon; he gave it organisation and published it under the name of “Capricci” (is the first example of a sample range of bold dexterities for solo violin, and it was not until a hundred years later that Paganini produced his 24 Capricci, and still longer for Chopin’s 24 Etudes and 24 Preludes).
This is not all. Locatelli’ 24 Capricci are also the cadences of 12 concertos for violin and strings, quite dissimilar, given that they were written over a long period of time; all together they take the name of “The Art of the Violin” ( another title which appears for the first time in the history of music, but certanly not for the last.).
The entire opera III is delivered within this triple CD by the talent of Diego Conti, leading the Archi di Firenze ensemble and playing a precious violin of the Bolognese school. 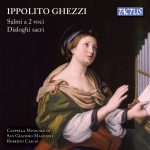 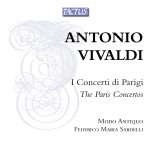