In the scene of instrumental music for guitar, Ferdinando Carulli is one of the most prolific composers of his age: his 366 numbered works are a real mine of interesting compositions: sonatas, fantasias, collections, handbooks, variations, and many other instrumental forms.
In addition to these, he composed a great number of pieces of all sorts, for and with guitar, that are unnumbered but should not be underestimated for this reason. Opuses 81, 99 and 172, which are presented in this CD, belong to this composer’s “unknown” works, and are rich in interesting melodic ideas whose freshness is both simple and striking.
They are recorded for the first time worldwide. Moreover, op. 172, Trois Rondeaux, had never been identified until now, as can be seen in the catalogue of Ferdinando Carulli’s works drawn up by Mario Torta.
Thanks to the careful research carried out by the guitarist Raffaele Carpino, this work is faithfully revived in the recording. Opus 81, Trois Petites Sonates, and opus 99, Recueil de Six Differens Morceaux, together with opus 172, were composed and published in Paris between 1815 and 1822, during Carulli’s most productive period as a composer. 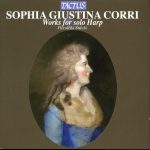 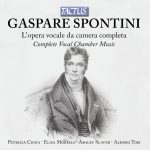