It was 1865, the sixth centenary from the birth of Dante Alighieri, when it was decided to erect a statue of the poet in Piazza dei Signori, a work made by Ugo Zannoni, challenging the Austrian nomination at those time ruling the region until the following year. In the very same year, in the province of Verona (S. Martino Buon Albergo), Dionigio Canestrari was born, a composer of countless works for organ and the liturgy, inspired from his keen reading of Dante in composing some of his best musical pieces on his Divina Commedia, proud bardo of Italy at the beginning of the 20th century. The album includes an anthology of chamber lyrics and instrumental pieces for various vocal textures with the accompaniment of the piano and the harmonium. Marcello Rossi concerts and leads the singers and musicians in this world premiere recording by the Veronese composer. 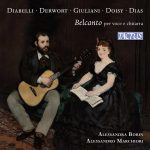 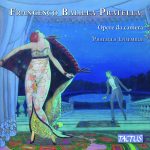