The Cappella Musicale of the Basilica di San Francesco is several centuries old; its origin is very ancient and dates back to the first years of the thirteenth century, in direct connection with the particular stimulus given by St. Francis to singing the praise of God, an activity that was encouraged by a renovation of liturgical prayer, within the precepts of the Holy Roman Church. The main purpose of this disc is to present a retrospective view of the last two centuries of the Cappella Musicale of the Basilica Papale di San Francesco in Assisi, through the three musicians, friars of the Franciscan Order of the Convent Minorites, who are the best representatives of that period: for the nineteenth century, Father Alessandro Borroni; for the period straddling the nineteenth and twentieth centuries, Father Domenico Stella; and for the most recent period, Father Antonio Alemanno. The reason for this proposal is above all the high artistic quality of the works presented, with respect to the fact they are very little known or have been almost completely forgotten. A further peculiarity of this production lies instead in the organic the three Assisi Chapel Masters [also see Tactus tc.810002, “Abati nella musica”] are writing for, that is the classical chamber music ensemble for voice and piano that finds its own peculiar space next to the large quantity of liturgical music production created by the composers as assigned by the “Basilica del Sacro Convento”. 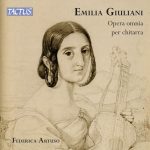 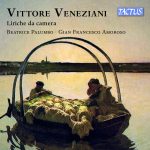