Gino Gorini, pianist and composer, was a pupil of Gino Tagliapietra and, from 1934 to 1940, of Gian Francesco Malipiero. Tagliapietra was an inheritor of the monumental piano style of Ferruccio Busoni and Egon Petri, who had updated the philosophy of musical performance by criticising late-romantic liberties.
Gorini admired him as a virtuoso rather than as a performer, because he did not like his ardent expressiveness and disagreed with personality cult: the latter was largely rejected by the new pianists who were close to modern composition.
Gino Gorini was a neoclassical pianist; his objective notion of performance, his anti-romantic attitude and his non-exhibitionistic virtuosity reflected Malipiero’s ideas. He was open to all repertories, even beyond the historical twentieth century.
Malipiero appreciated the outstanding variety of his programmes, so much so that he used to say, “Stars are forced, in order to keep their clientele, always to perform the same music for the same public,” as an indirect acknowledgement of the value of his pupil’s musical choices.
There was no distinction between Gorini the performer and Gorini the composer: the two activities were interdependent. Obviously a crucial element was Gorini’s apprenticeship with Malipiero, when, at the age of twenty, he followed Malipiero’s memorable courses at the Liceo Musicale Benedetto Marcello of Venice.
He engaged in composition above all in the period between the beginning of the nineteen-thirties and the end of the nineteen-forties; afterwards his creative activity became more sporadic and intermittent.
Throughout his youth he gravitated around his teacher’s didactic laboratory, and for more than fifty years he performed his entire piano work (including his five concertos for piano and orchestra).
Anna Laura Bellina, who has examined the scores used by Gorini and Lorenzi (the soloists of the well-known Duo), has found some corrections, sometimes even considerable ones, made by the two performers, because the famous composer was not an expert in piano technique. However, apart from these practical details, Gorini’s fidelity to Malipiero was unswerving. 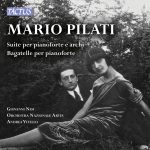 Suite for piano and strings · Bagatelle for pianoHistorical twentieth century 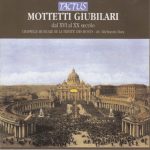