Ascanio Mayone (Naples, second half of the 16th ca. -Naples, 1627), together with Giovanni Maria Trabaci (1575 ca.-1647), was without a doubt the most important representative of the great Neapolitan school of keyboard-playing in the early seventeenth century. He was a pupil of Giovanni Domenico da Nola and of the Belgian composer Jean de Macque (1550c.-1614), the latter having established himself as a fundamental and paradigmatic figure of the glorious Neapolitan school. In 1593 Mayone replaced Scipione Stella as organist at the church of the Annunziata, where he became maestro di cappella in 1595, alternating with his fellow pupil Camillo Lambardi (1560 ca.-1634). In 1602 Mayone also became organist of the royal chapel of the Spanish viceroys, together with Giovanni Maria Trabaci. A familiarity with the music of Mayone and Trabaci -music of absolute artistic importance- is essential for an understanding of the works of the great Girolamo Frescobaldi (1583-1643).Mayone is known primarily as a composer for the keyboard, thanks above all to two published collections which were printed in Naples on four staves in score (according to the practice inaugurated by the Libro di ricercate a quattro voci […] of Rocco Rodio, Naples, 1575): Diversi capricci per sonare, Libro primo, 1603, and Il Secondo libro di diversi capricci per sonare, 1609. These two books of Capricci reveal an innovative tension which hinges on the dichotomy known in the lessons imparted by De Macque as ordinario-artificioso (the equivalent of that which is “licit” as opposed to that which is “arbitrary” or “willful”). In particular in the Toccate and Partite (but also elsewhere), Mayone offers masterful examples of a taste for a disregard (a quality valued and sought after as a distinctive trait) for a poetical language which embraces and legitimizes the “permissible”. This concept, already theorized by Quintiliano in his De Institutione Oratoria, deals with a “practical” course of action which adopts “nonchalance” and “sprezzatura” (indifference, detachment, even disdain) as rules of comportment. 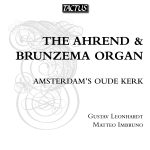 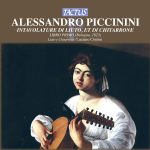