Diogenio Bigaglia (1670-1745ca), born in Murano (Venice), was a Benedictine monk at St.
George Abbey in Venice.
He composed twelve sonatas for recorder and thorough bass printed from Le Céne, Amsterdam, 1722.
Other hand-written works, partly lost, as Masses with a large vocal and instrumental organic, three oratorios, one entitled Giaele, performed for the election of Pietro Dandolo as “Doge” in 1730, psalms, Mottetto and sacred and secular cantatas, three triosonatas for two flutes and thorough bass and other works as “concerti grossi” and for harpsichord.
Bigaglia”s writing belongs to the sonata period begun by Corelli and developed by Vivaldi and Veracini: his sonatas show a deep study of Corelli together with the example of Vivaldi, Marcello and Albinoni, very important in venetian musical life of Bigaglia”s time.
The “XII sonate per violino osia Flauto…
“are sure compositions for recorder because “flauto” in Italy then meant recorder and for their writing.
This work can be compared with full respect to the collections for the same instruments of Bellinzani, Marcello and Veracini.
We do not know Bigaglia”s education and training, but his quick movements are modelled on Corelli and Vivaldi. 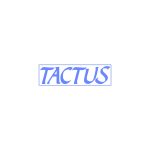 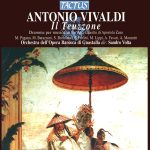