Padre Davide da Bergamo (Felice Moretti) has been the most representative figure of the Italian nineteenth century organ music.
Having become a minor friar after studying organ music with Davide Bianchi and Antonio Gonzales, and composition with Simone Mayr, he began a flamboyant career throughout northern Italy as excellent performer and improviser. Soon he became the major reference of his time for consulting, tests and inaugurations of new organs.
Lauded by the crowds and by the musicians (in Milan for an inauguration he played almost uninterruptedly for eight days!), he was the greatest and most famous organist of the Italian Risorgimento, the absolute champion of that sound that took the theatrical style to permeate the the organ music and the instrument itself.
Marco Ruggeri presents here an interesting selection of works for the liturgy and for the concert, performing them on the Serassi organ of the Basilica of Santa Maria di Campagna in Piacenza: the organ designed by Father Davide himself, where he served until his death. 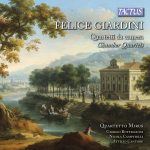 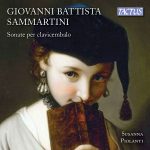