Franchino Gaffurio was an important musical theorist in the period straddling the fifteenth and sixteenth centuries: he was a musician at the court of the Sforza dynasty, and worked as a kapellmeister in the Duomo of Milan for more than thirty years, up to his death.
The importance of this composer (to whom no monographic disc has been devoted until now: for almost all the pieces presented here, it is the first time worldwide that they are recorded in a disc) consists in the fact that he managed to break free from the typically rigid, end-in-itself counterpoint of the contemporary Netherlandish school, and to develop a genuinely Italian sense of melody that was more expressive and declamatory, thus anticipating the great polyphonic season of the riper sixteenth century.
The project devoted to Gaffurio stems from the exegesis carried out on this composer’s work by the conductor of the ensemble, Stefano Buschini, and was also made possible by his collaboration with the Milanese musicologist Davide Daolmi.
The disc contains one of Gaffurio’s most interesting masses, “Missa de Carneval“(complete with all the parts of the Roman rite) and an anthology of motets (two of which attributed to Gaffurio) recorded by different groups of performers, depending on the needs of each performance: two of them are played by groups of instruments. 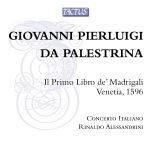 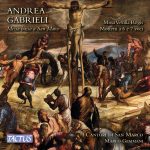