PAOLO QUAGLIATI (Chioggia, c.
1555 – Rome 16/11/1628)Paolo Quagliati was born in the Veneto region, where he certainly received his first musical training before moving to Rome at the age of almost twenty.
His first known musical prints (documented from 1585) are vocal works, as are almost all of his numerous compositions.
His one extant instrumental work is an organ toccata published both in the first part of Diruta’s Transilvano in 1593 (coinciding with the period during which Diruta was organist at the cathedral in Quagliati’s home town of Chioggia), and in the book of Recercate, et Canzone printed in Rome in four partbooks in 1601 by the heirs of Nicolò Mutij.
Only one extant copy of this important print is known today, fortunately preserved in the Museo Civico Bibliografico Musicale of Bologna (with the catalogue n.
BB.
201/1,2,3,4).
It contains nineteen compositions—an unusual number for prints of that time—and the lack of a clear distinction among the forms suggests that this was in fact a collection of works compiled previously over a lengthy period.
In this instrumental collection, as in the vocal works, one notes Quagliati’s perfect mastery of the contrapuntal techniques which he would have studied in his youth in the Veneto.
At the same time, we may note his experimentation with new constructive solutions in instrumental writing: Quagliati’s treatment generally goes beyond the traditional techniques of contrapuntal elaboration of a subject leading to further inventions and surprises, typical of compositions falling under the terminology of “capriccio”. 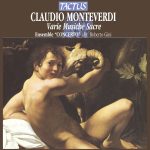 Sacred Works for one and two voicesHumanism and Renaissance 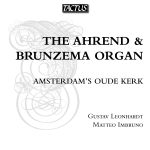