The meticulous care with which Claudio Monteverdi oversaw the publication of his works quite probably explains the fact that, despite his 50 years of activity as a composer, relatively few of those works have survived to this day.
The fame enjoyed by this musician, however, (albeit controversial at the time) was sufficient to guarantee the preservation of a certain number of compositions, some of which occasionally wound up through clandestine means in the hands of contemporary anthologists whose collections were assured greater prestige by the inclusion of unpublished works by major composers. (Indeed, the publications of Bonometti, Calvi, Simonetti and others are still remembered today thanks to the presence of works by Monteverdi).
Given the unique circumstances surrounding the preservation of these works, it is difficult to determine when they were written (beyond setting a date ante quem for those works published during the composer”s lifetime), and for whom.
Nonetheless, thanks to their fragmentary and isolated aspect, and to the possibility they offer of a confrontation with analogous works by Monteverdi”s colleagues, these pieces present an exhaustive panorama of sacred music in the first half of the 17th century.
The eleven compositions included on this recording, all employing reduced forces (one or two voices and basso continuo), demonstrate three different attitudes toward the sacred repertoire the solemnity of the Hymn, the festive tone of the Antiphon, and the intimate atmosphere of the Motet.
(The terms used here should not be interpreted strictly in either a musicological or liturgical sense; they are merely intended to identify the particular stylistic genre lying at the root of the composer”s inspiration). 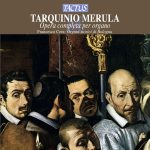 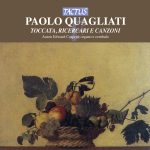