The manuscript is exquisitely devoted to dance, In fact, it contains different types of dances such as la Ciaccona, la Passacaglia, il Ruggero, la Pavaniglia, la Spagnoletta, il Saltarello, il Ballo di Fio-renza e di Mantova, il Ballo di Bcavalli, la Piva etc. … la Passacaglia in Ciaccona deserves special mention. Therefore, the document seems to be destined to feasts and the presence of formulae, such as la Piva, testifies to a folk rather than court audience.It is commonplace to imagine music performed for the nobles but, altough it might sound enticing, it does not tell the whole truth about the places and events in which it was customary to play. As a matter of fact, the coeval iconography offers a broader and more true panorama of the subject and bears out indications of the presence of musicians who used to live as vagrants, on the margins of society; moreover, it testifies to open – air festivals, inns and taverns, where common people and nobles used to gather, giving themselves up to merriment and yielding to debauchery. In short, it was a world far from neatness, where instinct tended to prevail over reason.In the baroque music tradition the balance between instinct and reason can be detected i n the tech-nique of improvisation, according to which “reason” was supposed to follow technical and theoreti-cal rules, whereas “instinct” should describe “affections”, that is emotions and feelings. The theory of affections, which originated at the end of the XVI century, dictates that the musician, through melodic colouring whose function is expressive, succeeds in creating an ideal correspondence be-tween musical expression and feelings. 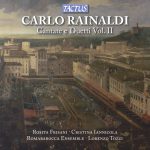 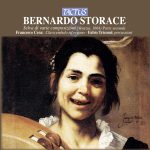