Recently the importance of Alessandro Scarlatti has been revaluated particularly as the real founder of the important “Neapolitan keyboard music school”, of the great tradition of the city of Naples “considered the capital of harmony, the source from which genius, refined taste and culture emanated to the rest of Europe” (CHARLES BURNEY, The Present State of Music in France and Italy, London 1771).
Alessandro Scarlatti’s great music, at one time considerably obscured by preference for his son Domenico’s corpus of sonatas, directly or indirectly influenced the keyboard works of his contemporaries Gaetano Greco (1657-1728) and Francesco Mancini (1672-1737).
His compositions revive and acquire their full meaning when compared with the later virtuoso harpsichord music of Francesco Durante and Leonardo Leo.
The entity of Alessandro Scarlatti’s reputation at the beginning of the 18th century can be deduced from the enormous quantity of manuscript copies of his works conserved in libraries all over Europe – this is true, above all, of his keyboard compositions.
The music on this CD, for example, is from different manuscript sources: Arpeggio, Fuga, and Corrente from Naples (Conservatory library “S. Pietro a Maiella”, Ms. 71; Toccate per Cembalo by various composers); Toccata, Primo Toni.
Fuga per Oregano, Fuga 2° Tono, Fuga 3° Tono, Toccata, Fuga (Allegro) from New Haven (Yale University, Misc. Ms. 164, belonged to the private collection of H.M. Higgs); the suites [Toccata], Fuga, Fuga and [Toccata] Largo, Allegro, [Fuga] from Turin (Bibl. Nazionale, Fondo Foà-Giordano Ms. 394); a Toccata from Coimbra (Bibl. General da Universidade Seccao Dos Reservados, Ms. MM 60: Sonate Per Organo Del Sig.r Alessandro Scarlatti); a Toccata per Cembalo (Spiritoso, Largo) from Milan (Conservatory Library, Fondo Noseda, L 22-7); and the famous Toccata VII of the Primo tono with Folia from a Ms. Conserved in Naples (Conservatory Library, Ms. 9478: Primo e Secondo Libro di Toccate del Sig:r Cavaglere Alessandro Scarlatti). 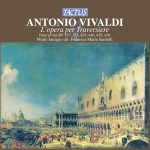 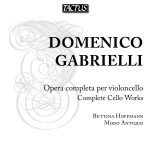