Giovanni Battista Gervasio was a significant personality in the musical scene of ‘stile galante’ of the second half of 18th century; composer, virtuoso and teacher, he studied and improved the four-courses mandolin, which was first built in Naples in that period.
Thanks to him this instrument became popular and technically refined as it is nowadays. The mandolinist Marco Giacintucci, after the production of the sonatas for solo mandolin (Tactus tc720702), faces the repertoire dedicated to the six duets for two mandolins published in Amsterdam in 1786, in this world premiere recording. The instruments used for this work are of careful philological conception: an original Neapolitan mandolin by Vincentius Vinaccia 1764 and a copy of the time. 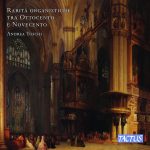 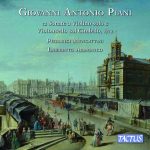