Maddalena Laura Lombardini born in Venice received her early training at the Mandicanti in Venice and became a pupil of Tartini in Padua.
By 1760 she returned to Venice, but she continued her studies with Tartini by correspondence.
The first of these lessons, dated 5 march 1760, has since become the main source of her fame; because of its significance as a statement of Tartini’s pedagogical principles, the letter was publicised in Venice after his death (1770) and was subsequently translated into English (by Burney, 1771) French and German.
Lombardini’s performances admired by discerning critics as well as by the public.
Her few compositions achieved some popularity, being issued in some cases in as many as four editions.
They reflect the essential charm of the early Classical style. 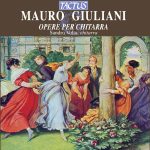 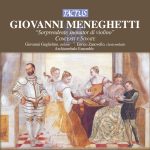