The rather singular figure of Gaetano Pugnani (prone to luxury, exhibitionist, and with a lively desire for glory) stands out remarkably in the eighteenth-century music scene.
Prodigy child (at the age of ten he was already in the orchestra of the Teatro Regio of Turin) he became one of the leading violinists and composers of the time in Piedmont.
He was born in 1731 in Turin where he lived most of his life and where he died. Yet, his great violinistic virtuosity crossed the Italian borders as he toured and held concerts in all major European capitals where he was highly appreciated by the greatest critics and musicians of the era.
His violinistic style tributes Corelli through the mediation of his master Giovanni Battista Somis.
The Concerti included in this album perfectly represent the virtuosity and musicality of the Italian style that also allowed Somis to enchant all major theaters in Europe.
Roberto Noferini, an exceptional performer, plays the solo violin improvising in the style of the era. He is accompanied by the Orchestra Nuove Assonanze directed by Alan Freiles Magnatta. 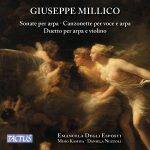 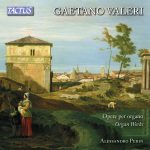