PAGANINI NICCOLÒ AND OTHERS

The original repertoire for mandolin and guitar dating from the early 1800s is rather scant but quite precious.
Of those composers who wrote for these forces the name of Niccolò Paganini (1782-1840) certainly stands out, but others such as Bartolomeo Bortolazzi (1783-1820?) and Leonhard Von Call (1767ca.-1815) also enjoyed a certain notoriety during the course of their artistic careers.
Alongside this specific repertoire, there undoubtedly existed another which would have been “borrowed”, so to speak, from ensembles consisting of guitar and a soprano instrument.
The exchangeability among instruments was a constant in earlier times and the possibility of composing works “for any sort of instrument” (“per ogni sorta di strumenti”) was even contemplated.
In the transitional period toward romanticism, however, this tendency gradually decreased to make way for a specialization of writing which exploited the idiomatic characteristics of the instruments.
It is conceivable that in a repertoire dedicated to chamber performances for private use, this custom may have survived longer, especially in regard to duos (as opposed to larger ensembles).
This thesis is in part supported by the numerous nineteenth-century printed editions for flute or violin and guitar which testify, on the one hand, to the exchangeability between the two soprano instruments (which is this case present quite different timbres and are only partially analogous in terms of tessitura).
And on the other hand, they demonstrate the degree of popularity which these instruments enjoyed, with the possibility to reach a large publishing market.
Such an option could also be extended to the mandolin, which has always enjoyed—and still enjoys—an unknown and surprisingly widespread underground diffusion.
But which mandolin and guitar are we talking about? There is some confusion surrounding the term mandolino among even the most expert scholars and musicians.
The situation was already complicated in the 18th century because of the different types of instruments in use, identifiable by the number and types of cori (courses), but things became even more tangled up over the following centuries with the overlapping of numerous specifically local instruments. 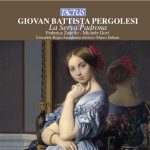 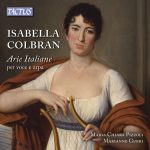