Although now Rossini is remembered for his operatic production, his career had begun as a composer of chamber music. In 1804 the 12-year-old Gioachino was invited to spend the summer in the villa of his friend Agostino Triossi in Conventello. This rich landowner, who was an amateur double-bass player, was in the habit of organising concerts and musical gatherings: Rossini composed many instrumental pieces for him. The Sei sonate a quattro for two violins, cello and double-bass were composed for one of these occasions. As Rossini himself related, “They are six horrible sonatas, composed by me during a holiday near Ravenna, in the house of my friend and patron Agostino Triossi, at a more than childish age, when I had not even had a single accompaniment lesson, and the whole thing was composed and copied in three days and performed dreadfully by Triossi, double-bass, Morini (his cousin) first violin, his brother, cello, and the second violin was me, who, to own the truth, was the least dreadful.” But we must not be misled by such a negative opinion; these sonatas, though elementary from a formal point of view, are genuine and quite inspired: the contrast between the brilliant passages and the lyrical/sentimental ones already reveals what a skilful opera composer Rossini was to become. 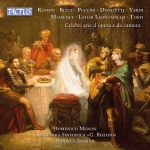 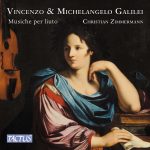