Goffredo Petrassi’s interest in the guitar was not satisfied by a single piece d’occasion; nor did it represent a lost opportunity, as was the case with some of the great composers of the twentieth century.
On the contrary, at a certain point this interest was transformed into a predilection: the guitar became one of the standard-bearers of an entirely personal experimentation which Petrassi undertook beginning more or less in the years 1957-58, when he created his Quartetto for strings.
Above all, however, (as Petrassi himself asserted) this trend dated from the Serenata for flute, viola, double bass, harpsichord and percussion.
For it is perhaps no coincidence that the solidifying of Petrassi’s new modus operandi was marked a progressive reduction of forces: a quintet, followed by a trio for strings, and finally a solo guitar—an ideal point of arrival, albeit temporary.
And perhaps it is also not a coincidence that this phonic reduction features the pointillist, rarefied and at times impalpable sound of an instrument whose multifarious timbres serve as a counterpart to its discretion.
Thus, in 1959 Petrassi composed Suoni notturni, a work commissioned by the publisher Ricordi to be included in an anthology of music for guitar by contemporary authors. 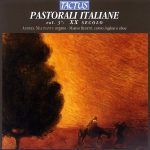 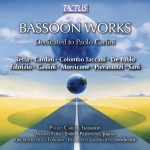