Many stories exist, both cheerful and sad, where the protagonist is a musical instrument. There are theories about what Beethoven heard from his piano, or how Bach played the organ; we pity Coltrane or Django, forced to sell their instruments in exchange for a rented one; we attempt to resuscitate the spirit of Paganini by putting his violin into the hands of a young virtuoso: every composer has an instrument which ignites his imagination. For Raffaele Gervasio, there were always at least two musical instruments: the piano and the pencil. The piano could even be a bit out of tune, but the pencil always had to be perfectly sharpened, and a pencil without a little eraser at the end was useless. All Gervasio needed was a pencil and a piece of paper to make music because, like a musical instrument, a score either “plays” or it doesn’t play, it either “works” or it doesn’t.Despite its elegance and technical mastery, Gervasio’s music conceals no great secrets. By the time the pencil wrote the notes on the page, musical thought had already overcome numerous obstacles and traps; though the writing process was not immediate, it appeared to be absolutely spontaneous and completely worked out in both form and sound. It would be a waste of time to search for cryptic meanings in Gervasio’s scores, or some sort of numerology or connection among structural planes. The composer was concerned exclusively with the pure flow of sound, a point of arrival after metabolizing those musical experiences which for him were the most authentic. 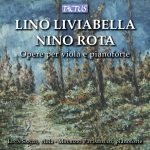 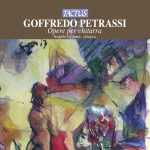