Terenzio Zardini, Franciscan Friar Minor, belongs to the circle of people leaving a significant mark of their passage: his production, that is still being cataloged, includes more than two thousand works, especially sacred and liturgical, and many of these have been awarded in important composition contests by masters like Petrassi and Dallapiccola. Whimsical and ingenious even within the ‘limits’ of the liturgical requirements concerning the composition, he manages to embody the continuation of the tradition in a personal language that even contains the influences of the new music coming from the generazione dell’ottanta, generation of the eighties (one of his teachers, Gabriele Bianchi, was student of Francesco Malipiero, who was also commissioner of examination to Zardini. In this CD the Zardini opera is well represented by some great organ works interpreted by Pier Damiano Peretti here playing the great Mascioni organ (1944 ) of the Basilica of Monte Berico (Vicenza). Included in the CD also are the in simplicitate mass and a little musical cameo: a minuet for Orchestra recorded live in the presence of the composer. 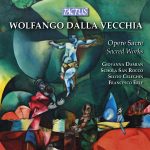 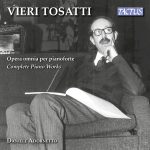