De Amicis’s tale, which is extremely touching but soberly related, gave Cristian Carrara the idea for the creation of this “little” opera, in which he defines the protagonist, giving him depth of meaning and artistically refined qualities that fully express the great nobility of his inspiration.
In his work as a composer, Carrara has been, and still is, totally committed to dealing with the great theme of the morality of Art, in which he believes sincerely and which he practices in every aspect of his scores.
The score of this opera, in particular, is crystal-clear, “little” in the way it is written, in its number of instruments and singers, in its children’s chorus and even in its texture, which sometimes is quite dense.
But it is “great” in its creative intention: the entire context turns out to be sturdy, terse, so it is dominated and lighted up by a basic intention, that of “protecting” the listeners, provided they are prepared to really listen. In Cristian Carrara’s poetics, Art is an extraordinary instrument of help and involvement. 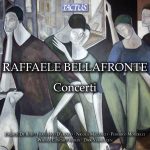 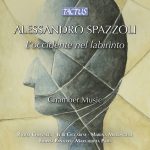