Vivaldi was one of the earliest composers to aspire to universal status by making a point of composing in virtually all the genres current in his time and cultural milieu: instrumental and vocal, sacred and secular, large-scale and small-scale.
The best example of such a composer contemporary with him is Handel, within whose oeuvre hardly any gaps are evident.
J.S. Bach almost conforms fully to this ideal – with the not unimportant exception that opera is absent from his music.
With Vivaldi, the single major gap reveals itself equally quickly: obbligato writing for keyboard.
His works, which number well over 800 by the most recent count, include nothing written originally for solo keyboard (by which one means organ, harpsichord or spinet).
The works for ensemble, mostly purely instrumental but including a few movements in vocal works, that employ obbligato keyboard do so in one of two ways, both rather undemanding.
The first is to employ broken chords in the right hand of the instrument as a colouristic effect very similar to the background arpeggiation on a violin employed by the composer from his very earliest years.
The second is to write for the keyboard instrument strictly (or nearly so) in two parts, making the left-hand part, notated on a separate stave, identical with the continuo bass and fashioning the right-hand part in a manner indistinguishable from that of a treble instrument such as a violin or oboe.
Doubtless, the keyboard player was always free to insert harmonies between treble and bass if the context was appropriate and spare fingers were available.
A two-part keyboard texture of this kind greatly resembles, in character and notation, that of a violin sonata (or of a solo for violin and continuo during a concerto), and there is no doubt that during the later part of the baroque period, particularly in Italy, the informal practice developed of playing violin sonatas as keyboard solos, thereby making players and listeners familiar with, and tolerant of, the sparse, strongly polarised sound that resulted.
[…] © Michael Talbot 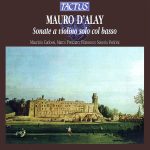 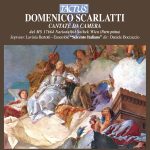