Bethulia/Corfù, besieged by a Holofernes/Alì Pascià, is triumphantly liberated by Judith/Venice who, thanks only to the tardy but decisive alliance with Austria, becomes (in the allegorical geometry of the oratorio) the symbol of Christian unity, embodied by the high priest Ozias.
Coincidentally, in those years, when the position of Maestro di Coro had become vacant (between the departure of Gasparini in 1713 and the appointment of Pietra Grua in 1719), Vivaldi, then Maestro de’ Concerti at the Ospedale della Pietà, was also entrusted with composing sacred music for use by the institution.
Thus the task of celebrating in music the triumph of Venice fell to Vivaldi.
Conservative and avant-garde at the same time, the Pietà taught and featured the newest and most unusual instruments on the musical scene: thus the variegated orchestra of Juditha included the newborn clarinet alongside the now obsolete viola da gamba (called “Viole all”Inglese”, or English viols), and the viola d’amore appeared next to the rare chalumeau.
In order to express in music the magnificence of the celebratory event, Vivaldi chose to exploit all the shades of the extraordinary palette of timbres offered by the Pietà: recorders, oboes, clarinets, chalumeau, trumpets, timpani, organ, mandolin, viola d”amore, four theorbos, five viola da gambas, and strings, in addition to the five vocal soloists and choir.
Of the four oratorios which we know Vivaldi to have written, Juditha is the only one surviving.
We cannot, for example, know whether Moyses Deus Pharaonis, performed at the Pietà in 1714, called for equally colorful forces. 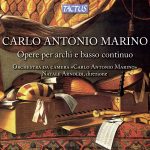