Uncertain and mysterious remain the origin and the musical formation of Giuseppe Demachi, who on the other side is a composer rather well known in Europe for having published many works in Geneva, Lione, Paris and London. The works published by Demachi known so far are 17, four of which are violin concertos, but others appeared without indication of the opus number, and still others hand-written, among which two program symphonies entitled “Le Campane di Roma” and “Il corso del giorno alla Campagna”. The compositional skill that led him to fame was not second to that of performer: the intense concert activity forced him through the courts of all Europe, where he was highly requested and appreciated. The ensemble «Trigono Armonico» led by Maurizio Cadossi performs a vast anthology of his chamber music production on period instruments in full respect of the philological executive practice. 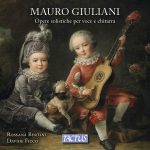 Works for voice and guitarClassicism 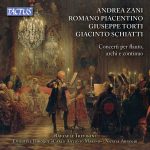 Concertos for flute, strings and continuoClassicism